Breaking into Hollywood in this day and age is a daunting task for any aspiring screenwriter -- especially those who aspire to originality. Remakes, reboots, reimaginings, and sequels continue to dominate the yearly output of every major studio. Well, I'm broke. Screw originality! Sign me up for the goddamn job! Here are snippets, pitches, story outlines, and casting suggestions for the ridiculous Hollywood sequels I'm ready to write NOW. 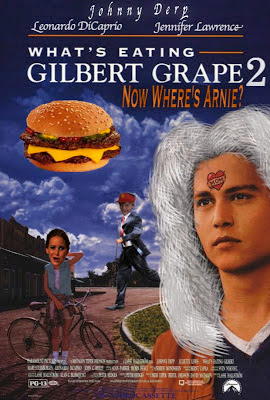 Summer 2013 was a bit of a bummer for Johnny Depp. "The Lone Ranger" became an expensive flop and lost an estimated 150 million dollars. In turn, Disney slashed the budget for Pirates 5. Depp and his cohorts pointed fingers in the press, claiming critics were set to pan the project long before seeing a single frame. Whatever the case may be, you can bet your sweet ass his next few movies will get panned. No matter what Depp does creatively, he's pretty much set himself up to be fucked in the review department. You know what that means? Back to the drawing board, buddy. Don't feel too bad though. Lucky bastard is dating the deliciously bisexual Amber Heard. 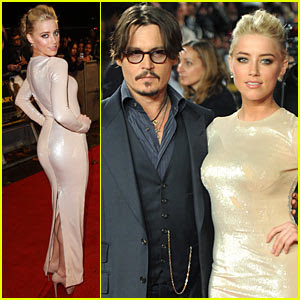 "Failure does not exist. Just look at my girlfriend's butt cheeks."

Depp is an A-list movie star for sure, but he's also retained some quirky thespian traits. Mofo is always covered in make-up, putting on wigs, wearing stupid hats, inventing wack-a-doo walks, speaking in accents, and flailing all about our movie screens. A return to low-budget cinema will be the quickest way for him to regain critical credibility. He recently played the nostalgia card with a cameo in "21 Jump Street". Further nostalgia is a surefire way to win back the hearts of the people. In my opinion, he needs to conjure up a sequel to 1993's oddball "What's Eating Gilbert Grape".

But there's a catch. The return of Leonardo DiCaprio is absolutely necessary for this to work. Without Leo, the project is doomed to failure. Arnie Grape is DiCaprio's greatest contribution to the craft of acting thus far. ON A SIDE NOTE: Tommy Lee Jones did a fine job in "The Fugitive", but DiCaprio was a powerhouse in Grape. He definitely deserved 1994's Best Supporting Actor Oscar. Even Ralph Fiennes should have won for "Schindler's List" instead of Jones. I'm still bitter about this fuckery.

Anyway, in a perfect world we have Depp and DiCaprio back for the sequel. And in an even perfecter world we have Juliette Lewis returning to the role of Becky, and Jennifer Lawrence portraying a new character named Fern.

It's 2014. Gilbert's long, flowing hair is completely gray. He's weathered from rambling, having traveled the States in an RV with Becky (now wife) and his autistic brother Arnie for two decades. The trio never settles in a single place for too long. They perform odd jobs to earn cash then bounce to the next destination. They're addicted to the open road.

Complications begin a week before Gilbert and Becky's twentieth wedding anniversary. Becky wants to have a baby before it's too late, but Gilbert doesn't want to be a father. They argue. They spit at each other. Gilbert feels Arnie is already enough of a responsibility. Becky feels Gilbert is being a selfish dick. With tension in the air, Gilbert decides to do something romantic for Becky on their upcoming wedding anniversary. He returns to the spot where they first met in the town of Endura.

Unfortunately, bad memories hit Gilbert like a ton of bricks upon entering Endura. He runs away from Becky and Arnie. He visits the plot where his family's house once stood. He remembers his father's suicide. He remembers his obese momma. He cries like a baby and pisses his jeans.

Back in town, Arnie won't shut up about Burger Barn. Becky takes him there. While scarfing down a cheeseburger, Arnie meets a hot autistic girl named Fern. They hit it off. They climb the water tower together. Romance blossoms. They kiss and laugh, running hand in hand through green meadows, swimming naked in the local pond.

With Arnie and Gilbert off doing their own things, Becky takes some time to tune up the RV. She smokes pot and hikes up her short shorts. John C. Reilly shows up in his Burger Barn uniform. After some small talk about RV engines and cross-country travel, Becky and John C. Reilly maul each other. They make hot love on the RV's kitchen table. 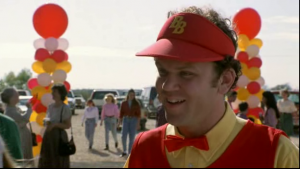 "I enjoy burgers and sex."

He wakes the next morning in a police station drunk tank with a wicked hangover. To make matters worse, there's a fresh tattoo in the middle of his forehead: a red heart containing the word "mom". Becky pays Gilbert's bail, but she has some truly horrible news... Arnie and Fern stole the RV and are headed for the Burger Barn headquarters in Chicago. Gilbert, Becky and John C. Reilly chase after them in a rental car.

Gilbert tries to reconcile with Becky on the ride to Chicago. He agrees to impregnate her, but she has changed her mind. She now wants a divorce. She's in love with John C. Reilly and is probably already pregnant with his baby. Gilbert cries and takes a big wet shit in his pants. John C. Reilly snores in the back seat. He wakes up, makes a funny face and says: "What's that awful smell, Gilbert?" Becky rolls her eyes and cracks a window.

Meanwhile, Arnie and Fern have adventures in Chicago. They win over some big-wig Burger Barn executives. They star in a Burger Barn commercial. They finger each other in public and eat free cheeseburgers.

Gilbert, Becky and John C. Reilly finally find Arnie and Fern on the porch of a crack house near The Chicago White Sox stadium. They all get high on the best crack rock in Illinois. Suddenly, a humongous asteroid is visible in the clear blue sky. Gilbert sees his mother's face in the asteroid craters. She says: "I love you, Gilbert." Crispin Glover appears out of nowhere begins breakdancing. Fern sings a spirited rendition of "Fuck The Pain Away" by Peaches. Becky and John C. Reilly get naked and kiss passionately. Arnie points to the asteroid and shouts: "That's my momma!" Gilbert smiles for the first time in the entire move. The asteroid hits. Everyone dies a horrible death. 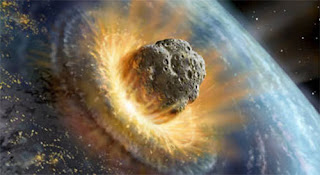 There you have it. This project will put Depp back on top with the critics. It's sure to "wow" audiences as well. Budget projected at around thirty million dollars. Most of that will go to actor's salaries, craft services, and big asteroid SFX for the finale. The box office return will quadruple the budget, guaranteed. And I'm not even including foreign markets.

Now, some parting words from Dr. Nathan Jordan with a Ridiculous Sequel Tagline: "This summer, Depp and DiCaprio are putting the 'rape' back in 'Grape'." 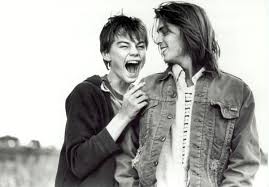 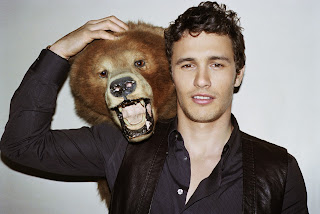 Not long after the file uploaded to YouTube, Satan rose from The Inferno to voice his opinion, obviously thrilled to see such evil on display.

"I thought James Franco was just some dumb-ass Hollywood mook, but along comes this cray-cray video. Motherfucka has my full attention! I'll be offering a deal for his soul real soon. It'll be good to get that nefarious bastard on MY side. Bravo, Franco!" 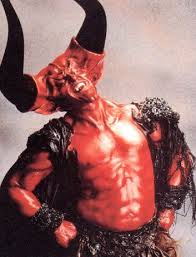 No word yet on whether or not Franco will roast in hell for all eternity, but up next for the "Spiderman" star is a Comedy Central roast.

We will keep you abreast of this situation as it develops.

In the meantime, breasts... 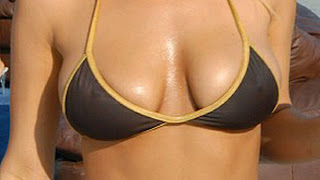 Posted by The John Brennan Jamboree at 10:58 PM No comments: