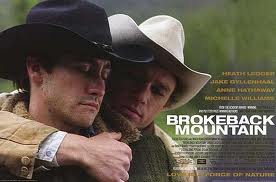 Sorry. This will not be a direct followup to Ang Lee's 2005 film (starring Jake Gyllenhaal & Heath Ledger) about cowboys falling in love. No. This will be more of a sidequel. We'll follow a lovelorn goat named Harry who is looking for love in all the wrong places. Here's a sample scene...


I'm feeling traditional 2D animation on this one. Maybe even the involvement of Disney. The "suits" might want to go with Pixar's computer animation, but for me it's all about the hand-drawn "Lion King" vibe.

I would cast the one and only Howie Mandel (Gizmo's voice in the "Gremlin" movies) as the voice of Harry the Goat...

My "sources" tell me that Ang Lee may want to return to the director's chair. Good, it's totally his for the taking! AND maybe, just maybe, Anne Hathaway will agree to go topless again. It'll be for a tastefully done post-credit sequence where she gives me a lap dance while wearing those tight Catwoman pants. Fingers crossed.

Plus, for bonus points, I'll add a weird-but-true news story to the plot. That way we can open with the obligatory title card "Based on a True Story": http://news.yahoo.com/goat-man-utah-mountains-identified-hunter-163152044.html 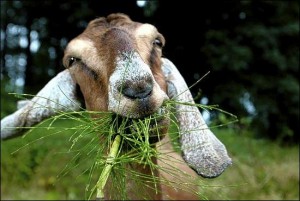 Previous
Installments
part two
part one
Posted by The John Brennan Jamboree at 11:39 AM No comments:

Posted by The John Brennan Jamboree at 4:55 PM No comments: