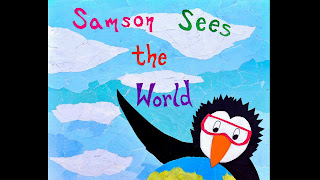 Written by John Brennan
Illustrated by Lynsie B. Loud 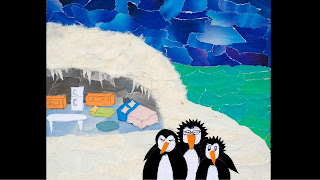 Samson the Penguin dwelled near the sea
In the arctic southern pole.
His parents had made an island sleet cave
Their cozy little home. 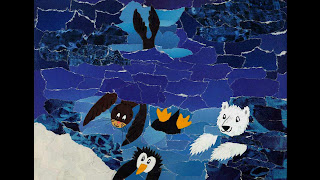 Two of his friends, a bear and a seal,
Always called Samson to swim.
They would go race in the chilly sea waves.
Samson most often would win. 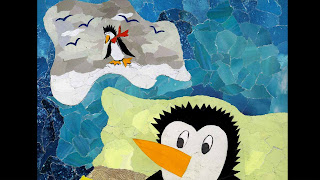 As good as he was at swimming for fun
Sometimes he felt low-down.
For he was a bird that never could learn
To fly above frosty ground. 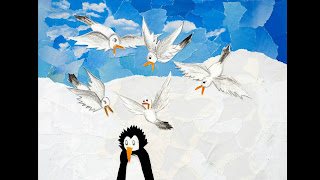 Seagulls would soar and taunt from the air,
"How is the weather down there?"
Samson ignored them and went on his way
Pretending not even to care. 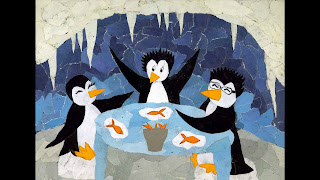 But he asked his parents both hundreds of times,
"We're birds! So why can't we fly?"
His mom served him fish on an icicle dish
At loss for a decent reply. 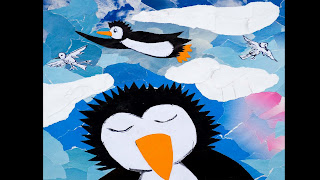 Samson had dreams for weeks upon weeks
Of flying up over the clouds.
Whenever he woke it shattered his hope
And left him an unhappy frown. 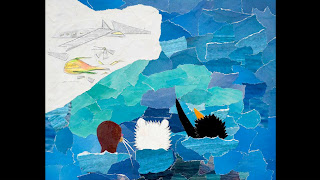 Samson and friends, one day on a swim,
Discovered a sector of note.
A human ice base abandoned to waste
On an island - small, far, and remote. 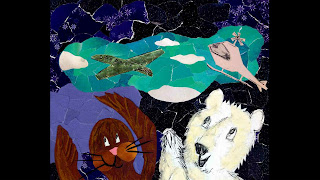 "I've seen that thing! It flies without wings!"
The bear said with oodles of zeal.
"What do you mean? A flying machine?"
Inquired the curious seal.

Samson yelled, "Hey! That's just what I need!
It'll help me get up in the air!"
The rest of the season he worked for one reason:
The flying machine's repair. 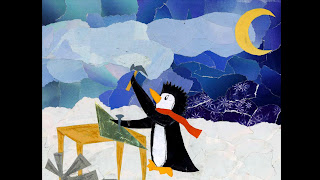 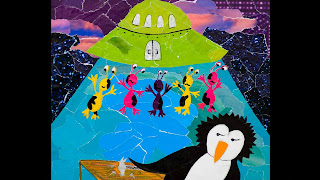 So soon he gave in. "I'll never fix this."
He sighed as he put down his hammer.
Then suddenly blue lights from up in the sky
Were joined by an alien clamor. 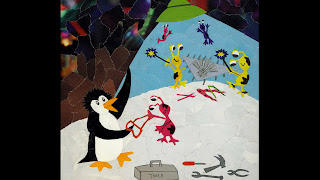 Space Men descended. The sight was so splendid
That Samson could not even speak.
They used many gadgets, and almost like magic,
Concocted a brand new machine.

Samson was shown to work the unknown;
A vessel of special creation.
The Space Men got going, their wake brightly glowing.
Samson yelled "Thanks!" with elation. 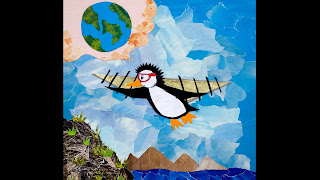 Beyond this event he was content
To aviate close to his home.
But one day while soaring, a thought came outpouring,
"There are so many places to go!" 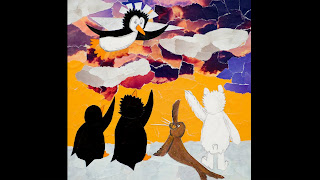 Samson took off from family and friends,
Making initial ascent.
"I bid thee farewell and I'll have tales to tell
When my journeys come to an end." 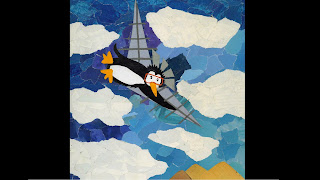 For half of a week, up over the sea,
He searched for a new foreign land.
Then on the horizon a landmass was rising.
The sight to young Samson was grand. 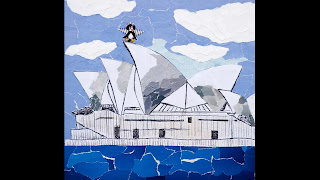 The first place he landed was down in Australia,
The populous city of Sydney.
He rested in style on an Opera House while
Some fat ladies inside were singing. 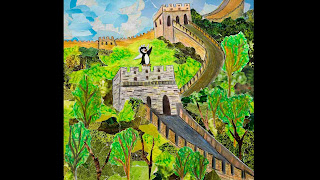 China was second of lands that did beckon.
He stopped atop the Great Wall.
Looking around - left, right, up, and down...
Samson felt so very small. 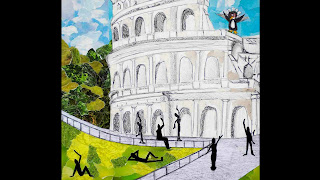 Next on his way he passed over Rome
Seeing the great Coliseum.
Tourists outside to the tall ancient walls
All waved hello just to greet him. 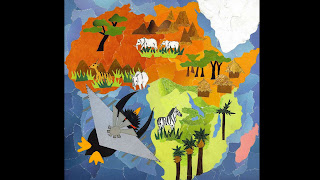 He swooped down through Africa, over the plains,
Then zoomed back up into Egypt.
Samson toured pyramids once built for kings.
The locals and camels were speechless. 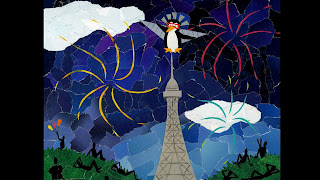 One summer day, July the 14th,
Samson went over to Paris.
He joined with the crowds - large, cheering and loud,
But started in missing his parents. 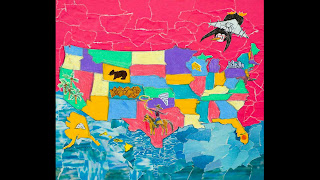 American land was lush, green, and grand...
Samson saw so very much.
But he didn't set down on any firm ground
Being in such a big rush. 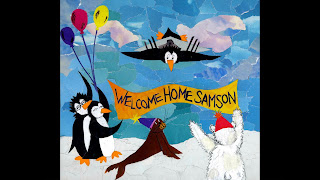 Meanwhile at home, in the South Pole,
Samson's relations were waiting.
When he came back they all had a blast
And gladly began celebrating. 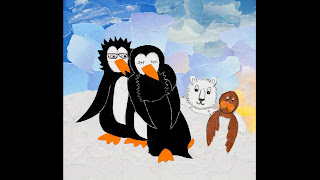 Everyone questioned and asked of his trip,
"Which was the best place to roam?"
Samson said, "Out of the places I've been
My favorite place is home."

Posted by The John Brennan Jamboree at 9:20 PM No comments: